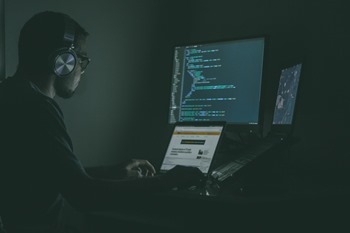 A new report has produced findings in which it claims that a coordinated global cyber attack could cause economic damage of between £65-96 billion.

In the hypothetical scenario developed for Lloyds of London and Aon, findings showed that a malicious campaign similar to those of real-life ransomware (such as WannaCry and Not Petya) could spread around the world incredibly quickly and cause devastating damage in its wake.

The scenario involved an infected email which once opened forwards itself to all contacts. It estimated that within 24 hours, data on 30 million devices worldwide could be encrypted and business owners faced with the prospect of paying a ransom or losing their data.

The impact on those businesses through reduced operation, productivity, consumption, ransomware payments and disruption to the supply chain was estimated to be in the tens of billions with businesses most heavily impacted in Europe and North America.

The report highlighted the need among businesses to prepare for ransomware attacks. Not only in the form of insurance but also in working with IT support companies to develop strong online perimeter security. What’s more, as has been shown recently with the case of American food distributor Mondelez, insurance companies are not always willing to pay out after such an attack.

The food distributor, who also owns Cadbury, opened legal action against Zurich Insurance after they failed to pay out for an insurance policy which the food distributor claimed was there to cover for loss of data, software and physical damage brought about through a ransomware attack. The insurance company claimed an exclusion in their policy which made exceptions for “warlike” actions from other nation states.

With this in mind, it is absolutely essential that businesses have protocols in place to defend against and minimize damage from such attacks.

Here at ECL we have extensive experience in protecting businesses against the latest computer hacks, viruses, malware, spam, phishing scams and other threats and can advise you on the best methods of protecting your business. We can also help businesses to upgrade and run the latest and most secure versions of operating systems. For more information, please call us on 01268 575300 or email us on info@ecl.co.uk.