“Most sophisticated spyware” discovered by Symantec 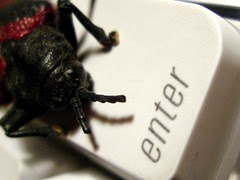 One of the most sophisticated pieces of computer spyware ever seen has been discovered by the leading computer security company, Symantec.

The bug goes by the name Regin and has been dubbed “super-spyware”. It was probably created by a government according to Symantec, due to how sophisticated it is. They believe it would have taken years to create and that it has probably been used for about six years, since at least 2008, against a range of targets around the world. The fact that it has remained hidden for so long is an illustration of the great lengths its creators have gone to in order to keep it hidden.

It is believed that computers in the Russia and Saudi Arabia have been accessed the most, along with computers in Mexico, Ireland, India, Afghanistan, Iran, Belgium, Austria and Pakistan. Once the malicious software is installed on a computer, it can spy on computers and collect information by stealing passwords, capturing screenshots and recovering deleted files. It has been used against private individuals as well as government organisations and businesses. The malware targets users of Microsoft Windows based computers.

Symantec confirmed that Regin was just one of thousands of samples of malicious code that they discover and process each month. The story serves as a timely reminder to people to always be vigilant online and to be extremely careful with passwords. Another recent story provided a further wake up call to members of the public, with a site streaming live feeds from people’s webcams, CCTV systems, baby monitors and other devices which connect to the internet and either had weak passwords or the owners had never changed the default password which was on the product when they purchased it. Online attacks are becoming more sophisticated and more widespread, so people always need to think about how secure their computer and other machines which connect to the internet are. For help with computer viruses, spam and other IT related issues, please visit http://www.computer-support-essex.co.uk/