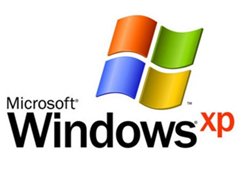 Microsoft officially stopped supporting the Windows XP operating system on 8th April this year after more than a decade. This means that it no longer provides technical support services, but more importantly it also stopped updating the software. So, no more bug fixes, and most crucially of all, no more security patches. Desktops or laptops still using the XP operating system are now much more vulnerable to cyber attacks as a result. XP hasn’t updated since 8th April 2014, which makes it a sitting duck target.

This change has highlighted the need to replace Windows XP. Not doing anything isn’t an option, and is potentially putting you at risk. A lot of individuals and businesses have therefore had to take action in recent months, as according to Net Applications, around a third of all the PC’s in the world were still using XP in October 2013. However, worryingly, a recent survey by Kaspersky showed that 16% of PC users were still using XP in June this year.

For most individuals and small businesses, making the change was a relatively easy process, as providing your computer is modern enough, you can still upgrade to either Windows 8 or Windows 7. Alternatively, many people with a computer that is starting to show its age have simply bought a new PC with a newer version of Windows already installed. This was certainly the easier option for home users. But it was a process which proved to be trickier for a large company like John Lewis, as a recent article on the BBC’s technology news site explained.

John Lewis had to upgrade 26,000 desktop and laptop computers in Waitrose supermarkets, John Lewis department stores and the company’s head office to Windows 7. Planning for the upgrade started in 2011, with the actual upgrade itself starting in early 2013, more than a year before Microsoft stopped providing support. It was a multi-million pound project.

Paul Miles, a project manager in John Lewis Partnership’s IT department said that they had considered “putting it off” and going for the option of paying Microsoft to continue to provide bespoke support, but that it would merely delay the problem rather than solve it. Some big users have taken this option rather than going through the process of upgrading, but it is costly, with the UK government paying £5.5million for one year of support. To any companies using this option or considering it, Microsoft has said that the support prices will increase and so continuing to keep XP will become increasingly expensive.

So, why has the upgrade proven to be such a problem? It is because of the apps that were running on the Windows XP operating system rather than the system itself. All settings and apps are wiped when you upgrade operating systems. In the case of John Lewis, this meant over 800 separate applications. If it was just a case of updating the operating system then it would be relatively easy. Mr Miles said that “there was a lot of activity at the beginning to see which ones will work, and which ones will not work and will never work and need to be upgraded.” 90% of the applications ran on Windows 7, but that left 80 applications that didn’t, many of which were written “in-house” and therefore were tailor made for the company. These all had to be re-written, as they were generally the most important applications. For John Lewis, the process of upgrading their PCs from Windows XP involved replacing 60% of their 26,000 computers, installing them, re-training their staff on how to use them, and making the printers work!

However, upgrading isn’t all doom and gloom, as it meant that John Lewis staff ended up with faster machines, more up-to-date software, got rid of old, redundant apps, had more robust, updated recovery and back up plans, and had a much better of idea of what was on their company computers. And they didn’t have to worry about Microsoft not protecting them against security threats either!

If your business needs help or advice with updating your computer operating systems from Windows XP, or any other IT related advice, please give us a call on 01268 575300 or click here to visit our website.